Triple Crown GCh”Pippa” Kartella’s Shining in the Starlight by Champion Aljens Optimus Prime x Trudy’s Hot Off the Press.   Bred by Kartellas Pomeranians.    She finished her championship in 2013.   Finished by Perry Payson for her championship and Grand Championship by Theresa Tafoya.  Ch “Pippa” won 3 major wins for BOS over several specials and finished in Oklahoma City with many high caliber entries.  Retired and living with my son Nate. 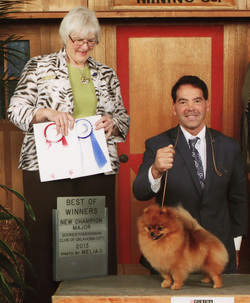 Ch “Ivy” by GCh Jan Shars Worth My Weight in Gold x Trudy’s Leap of Faith.  She was born 3/17/2013.   She was shown and finished by Lynn Meyer.  This girl has an incredible head and face and structure.  Co own with Breanna Kerr, Florida  who was the #1 APC Junior Handler in 2016.  Retired and with Breanna.

Ch VELOCITY’S U AIN’T SEEN NOTHING YET
“Winnie”

“Winnie” is sired by the 2015 Pomeranian National Specialty BISA BISS GCh Mythical Traveling in Style x Ch Velocity’s UR Goodies Ain’t That Good.  Winnie is bred by and  was co owned with Daniel Yona.   She was finished to her championship by Noble Inglett.  She is a very showy girl with nice structure.  Group 1 Puppy winner!   Full litter mate and sister to GCh “Nugget” owned by Velocity’s Pomeranians who was a Top 5 Pomeranian in 2018.  She is with her breeder Daniel Yona and producing wonderful puppies.
Ch. Noble’s Too Much is Never Enough 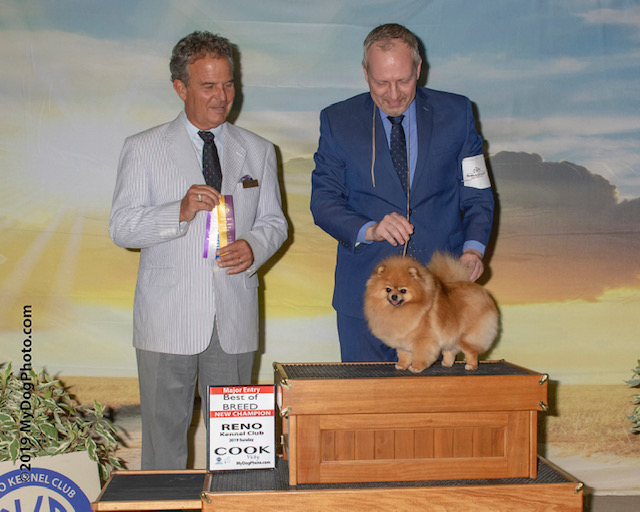 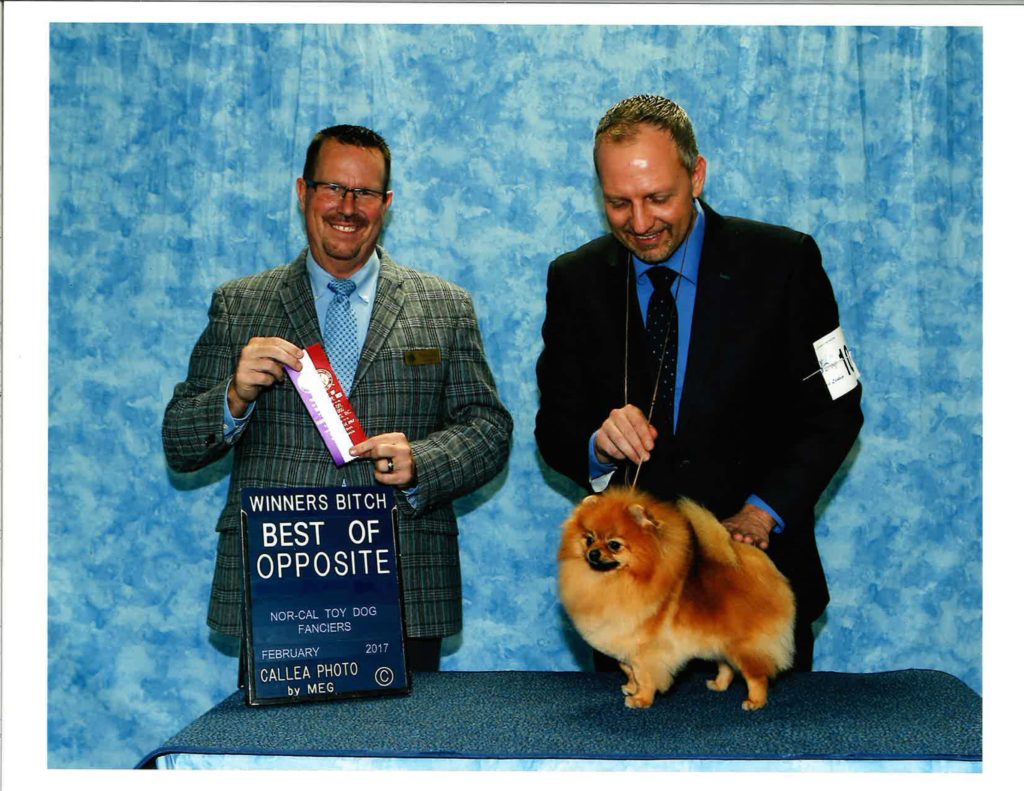 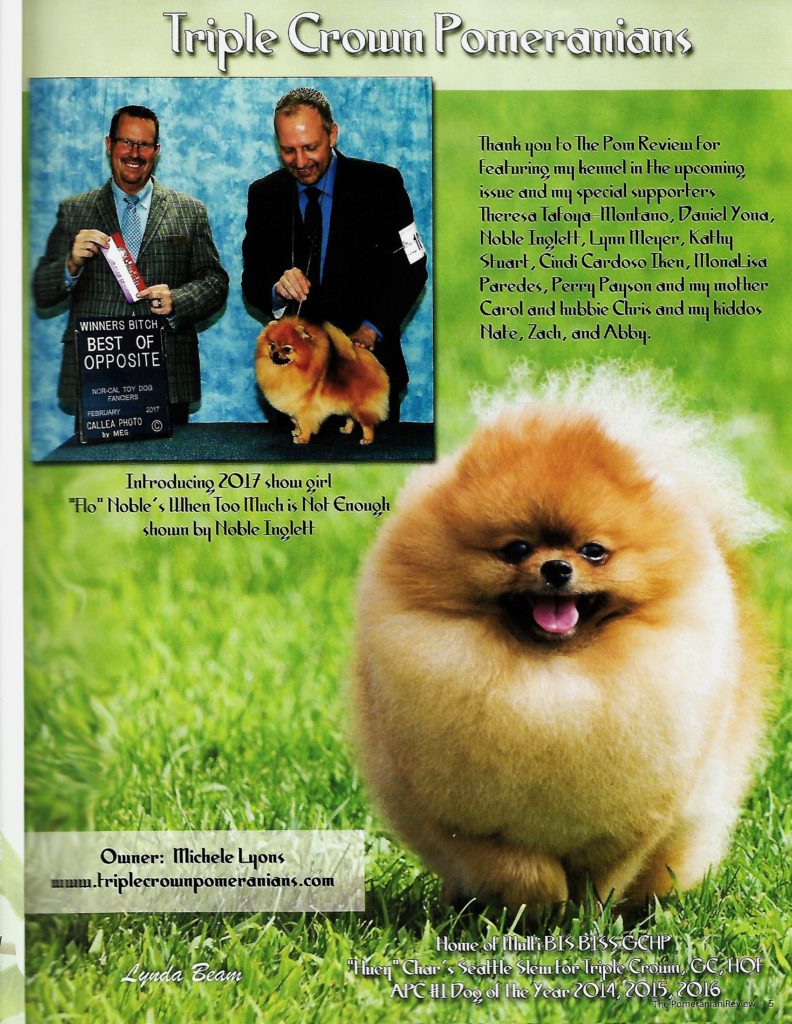